On a dangerous seacoast where shipwrecks often occur, there was once a crude little lifesaving station. The building was just a hut and there was only one boat, but the few devoted members kept a constant watch over the sea, and with no thought of themselves went out day and night, tirelessly searching for the lost. Many lives were saved by this wonderful little station, so that it became famous.

Some of those who were saved, and various others in the surrounding area, wanted to become associated with the station and gave their time, money and effort for the support of the work. New boats were bought, and new crews trained. The little life-saving station grew. Some of the members were unhappy that the building was so crude and poorly equipped. They felt a more comfortable place should be provided as a first refuge for those saved from the sea. So, they replaced the emergency cots with beds and put better furniture in the enlarged building.

Now the lifesaving station became a popular gathering place for its members, and they decorated it beautifully and furnished it exquisitely because they used it as a sort of club. Fewer members were now interested in going to sea on lifesaving missions, so they hired lifeboat crews to do this work. The lifesaving motif still prevailed in the club’s decoration, though, and there was a symbolic lifeboat in the room where club initiations were held.

About this time a large ship was wrecked off the coast and the hired crews brought in boat loads of cold, wet, half drowned people. They were dirty and sick, and represented every skin color under the sun. The beautiful club was considerably messed up. So, the property committee immediately had a shower built outside the club where victims of the shipwrecks could be cleaned up before coming inside.  At the next meeting there was a split in the club’s membership.  Most of the members wanted to stop the club’s lifesaving activities as being unpleasant and a hindrance to the normal social life of the club. Some members insisted upon lifesaving as their primary purpose and pointed out that they were called “LIFESAVING STATION.” But they were finally voted down and told that if they wanted to save the lives of all the various kinds of people who were shipwrecked, they could begin their own lifesaving station down the coast. They did.

As the years went by the new station experienced the same changes that had occurred in the old. It evolved into a club, and yet another lifesaving station was founded. The same things happened again, and . . ..

Go back and read the story and compare the changes that took place with what often happens in a congregation as it grows from a small struggling group to a large, contented congregation.

As the lifesaving station turned into a social club, many in the church today are trying to turn the church into a club rather than what the Lord made it to be – a gospel preaching community that shares the gospel with friends and neighbors (please note – the church does not save anyone. It is only the place where those who have been saved by God are placed).

A small congregation struggles to work and build a church building and have a full-time preacher. The members, all of them, are busy. They visit, they invite their friends and neighbors, have bible studies in their homes, give out tracts, and bring friends to gospel meetings. They are willing to do whatever it takes to reach lost souls.

They then build a church building – they have a good bible school program, a visitation program, and, as a result, the building is filled to capacity (excluding Sunday and Wednesday evenings). Soon they are talking about building a bigger building, with all of the newest fads. They have “arrived.” The building must be paid for, so they keep up the good work for a while.

But, sadly, the zeal of evangelism dwindles. They sit back and enjoy “going to church.” They don’t worry about attendance unless something happens that causes it to dwindle.

We have to ask the question (by looking deeply in our hearts and priorities) – is the church a gospel preaching “soul saving” body (see above) or just a social institution?

A soul winning church is one who is convinced that all of those who are outside of Jesus and His church are lost.

A soul wining church is one who uses all of its available resources to seek those who are lost and give them every possible opportunity to know the saving grace of Jesus Christ.

A soul winning church is one where all of the members are involved in the overall work and life of the church and dedicated to its growth and development.

A soul winning church is one whose members are devoted to Christ to the extent that they will sacrifice everything else to honor their commitment.

A soul wining church is one who will not tolerate sin as the lifestyle of believers but reproves, rebukes, and exhorts them to faithfulness and commitment.

A soul winning church is led by men who have devoted their lives to Christ and His people and who are setting an example of godliness so that all who follow will be secure in their steps.

A soul winning church is not satisfied with temporary successes nor frustrated by momentary failures, rather she corrects her mistakes and give God all of the glory for her growth.

One of the greatest personal evangelism directors of our day, brother A.D. Wright, made the following observations concerning the idea of “no fruit:”

“This describes most of us today. No fruit. Some have not brought one soul to Christ. No, not one. This describes those who come to worship when the door is open but do nothing more.

But we have not convinced one soul, not even ourselves.

“We have been “setting” in the same nest for twenty years and have not “hatched” anything yet.

“In Mark 11:12-14 the Bible says, ‘Now the next day, when they had come from out from Bethany, he was hungry. And seeing from afar a fig tree having leaves, He went to see if perhaps He would find something on it. When he came to it, He found nothing but leaves, for it was not the season for figs. In response Jesus said to it, ‘Let no one eat fruit from you ever again.’ And his disciples heard it.”

“I am afraid, that for many who profess to be members of the body of Christ, when the Lord comes again, he will find only leaves. There are far too many Christians who have not born fruit. Why? Is it apathy or indifference? Have we forgotten the Great Commission? Think about it!”

WHY ALL THE ARTICLES ABOUT EVANGELISM? TO ENCOURAGE US TO REMEMBER OUR MISSION THE LORD GAVE US, AND TO SEEK AND SAVE THE LOST. DON’T KNOW HOW? FEEL UNCOMFORTABLE? THEN BE WITH US APRIL 18-21 FOR THE EVANGELISM SEMINAR WITH ROB WHITACRE.  REREAD MATTHEW 18:18-20 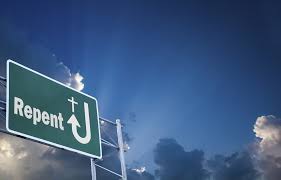