“Authority “is defined as “the power to influence or command thought, opinion or behavior.” (Websters New Collegiate Dictionary p 59). Webster’s New World Thesaurus (p 38) defines power as “possession of control, authority, or influence over others.” The word right is defined as “the power or privilege to which one is justly entitled.” (Ibid., 741).  Hence authority is the legal or rightful power to act, to command, or to judge. It also involves a standard which must be adhered to by those under that authority.

In Scripture the Greek words are:

The word exousia is used 108 times in the New Testament. The word in used in Matthew 21:23 when Jesus was asked by the chief priests and elders about teaching and who gave him the right to teach. “By what authority are you doing these things, and who gave you this authority?”  Thayer, a noted Greek Lexicographer, defined this word as “the power of authority and of right.” The same word is used in Matthew 28:18, “And Jesus came and spoke to them saying, ‘All authority has been given to me in heaven and on earth.”  Included in this is the power and rule of government – “the power of him whose will and commands must be obeyed by others.” (Thayer p 225).

Another Greek word is dunastes, used in Acts 8:27 of the Ethiopian eunuch, “of great authority under Candace queen of the Ethiopians.” This denotes a high officer, a potentate.

Yet another word is epitage (Titus 2:15) which is an injunction or a commandment. The verb form of the word means to “command,” and denotes the authority to do so.

In 1 Timothy 2:2 Paul tells us to pray for “kings and all who are in authority, that we may lead a quiet and peaceable life in all godliness and reverence.” The word here, “huperdoche” suggests the idea of “pre-eminence, superiority and excellency.”

Finally in Colossians 3:17 the word is onoma. “And whatever you do in word of deed, do all in the name of the Lord Jesus Christ, giving thanks to God the Father through him.” The word is “name” and suggests that everything “name” covers – the idea of persons’ rank, authority, interests, pleasure, command, excellence, and deeds.

We all see the need for authority in society. We know that God set up government to rule man and to punish man for breaking the law.  Without authority, society would descend into anarchy, and chaos would ensue. Evil would prevail (was this what happened in the days before the flood recorded in Genesis 6-8)? Did society digress by beginning with little things, then bigger and bigger things? Do we not see these things happening today, when man is sanctioning and encouraging sin in every way possible?

If we live in a society without authority, nothing worthwhile could be accomplished. Society would break down and no sense of responsibility could exist on any level. We understand this and know that God in His wisdom has given authority to governments of men. The Old Testament emphasizes the idea that even if the nation was not his people, God was over ALL THE KINGDOMS OF MEN. He has and will hold all kingdoms accountable.

When it comes to the spiritual realm, GOD HAS ALL AUTHORITY! In Matthew 28:18 Jesus said that “all authority had been given to him in heaven and on earth.” Why? Because of Jesus’ offering himself on the cross for the sins of men.

Why did God demand obedience to his law? BECAUSE HE HAD THE RIGHT TO DEMAND SUCH. God created man as a free moral agent capable of determining good from evil and of choosing between the two. Though we have the right to make choices, we must have some standard of authority to tell us what is right and what is sinful! We know that we cannot direct our own steps (Jeremiah 10:23), and that there is a way that seems right to a man, but the end thereof is the way of death (Proverbs 4:12). The world by its wisdom cannot know God, nor what he wants and expects, unless we have some communication from him (1 Corinthians 1:21). And we have such in the Bible! As we look at man TRYING to determine for himself right and wrong, morality and immorality, we know that such does not inhere within him. It must come from outside of him.

We read that without God man becomes foolish, unclean, and vile in his passions and debased in his mind (Romans 1:21-28). The wisdom of man is foolish in comparison to the grace of God (1 Corinthians 1:18-21).

Hence our respect for authority is the exact equivalent of the respect for God! If we believe that God has all authority to tell men what to do, then all his laws become important! Obedience must become a way of life!

Adapted from A STUDY OF AUTHORITY IN RELIGION by GENE TAYLOR 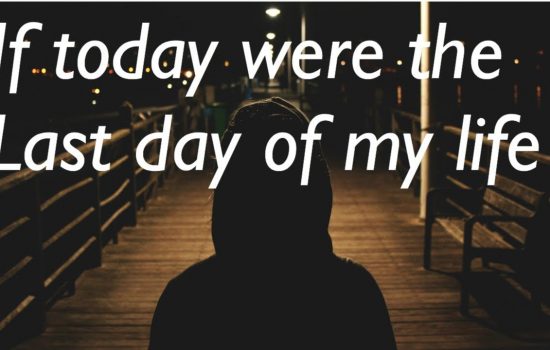