FORWARD: In the March 28, 2021, issue of this bulletin I tried to encourage us to remember that part of the reason why we should evangelize is because of the reality of eternal punishment. Since that time, I have considered the idea that I have not preached that much about punishment; I know we know it is there, but we don’t discuss it. I don’t want to dwell on things such as this, because the reality of this is hard to swallow. Yet, it doesn’t change the truth.

I hope you will read this article with this view in mind, and consider where we ourselves, as well as loved ones, will spend eternity. This is a serious matter!

According to the International Standard Bible Encyclopedia, the English word hell comes from a Teutonic root meaning “to hide” or “cover” and originally had reference to the world of the dead. Today, the word refers almost exclusively to the place of punishment of the lost.

It is the concept of Gehenna with which we are primarily concerned. The Greek gehenna relates to the Hebrew ge Hinnom, or Valley of Hinnom, just south of Jerusalem. In the Old Testament it was the place where idolatrous Jews offered their children as burnt sacrifices (2 Kings 16:3; 21:6). Later, because of these pagan practices, it became a city dump. A constantly smoldering garbage heap, it related to pain, weeping, and burning and came to represent the final punishment of hell.

Many people find the concept of hell to be contrary to the loving nature of God. As a result, these folks deny the possibility of such a place, or the possibility that a man might be lost eternally. Clearly, surveys indicate that many more people believe in heaven than in hell. This is inconsistent because our knowledge of both is derived from the same source, the Bible. It is impossible to believe and accept that the Bible teaches and at the same time reject the notion of hell.

We believe in hell because the bible teaches that such a place exists. Jesus warned His disciples saying, “Fear not them which kill the body, but are not able to kill the soul: but rather fear him which is able to destroy both soul and body in hell.” (Matthew 10:28 KJV). In the account of the judgment in Matthew’s gospel, the unrighteous were sent away into “everlasting punishment” (Matthew 25:46).They were lost!

Despite clear teachings on the subject in the Bible, it does not receive a lot of attention in today’s pulpit. An article in U.S News and World Report (March 25, 1991) titled “Hell’s Sober Comeback,” included the following: “By most accounts, it has all but disappeared from the pulpit rhetoric of mainline Protestantism. And it has fared only marginally better among evangelicals. . . .  A general neglect of the subject in theological discourse prompted Martin Marty, a chronicler of American religious trends and professor at the University of Chicago Divinity School, to observe that ‘hell has disappeared, and no one noticed.’”

There is a bright spot. The same article reported that a recent Gallup Poll showed more American believe in hell today than did in the generally more wholesome and pious 1950s.

Attitudes toward the subject of hell vary. Many deny the existence of hell as incompatible with the concept of a loving God. Others argue that we are not punished for our sins, but by them. We have our hell here on earth. But the Bible, the only real authority on the subject, unquestionably presents a real place of eternal torment for the unrighteous. It is impossible to accept the authority of Scripture and deny the reality of hell.

We believe in hell because it is consistent with the nature of God. We must not lose sight of both the goodness and severity of God (Romans 11:22). The destruction of Noah’s world is a good illustration of God’s nature. “Every imagination of man’s heart was only evil continually,” and God determined to destroy man. “But Noah found grace in the eyes of the Lord.” While the world faced God’s wrath (severity), Noah and his family, by God’s grace (goodness), were spared. The same kind of thing is acted out regarding the destruction of Sodom (Genesis 19). The ultimate illustration of God’s nature is manifested in the Biblical concepts of heaven and hell.

We believe in hell because it is consistent with justice. Justice involves impartiality and fairness. The Bible reveals God to be both impartial (Acts 10:34) and fair (Hosea 14:9). Justice demands that truth prevail, and that right be done. God, who cannot lie, always does the right thing. It is both reasonable and logical to argue that the same God who promises heaven to the righteous should warn the unrighteous of hell.

We believe in hell because it is consistent with the doctrine that we reap what we sow. (Galatians 6:7-10). It is God’s desire that no one be lost (1 Timothy 2:4; 2 Peter 3:9). Ezekiel spoke on behalf of God: “Say unto them, As I live, saith the Lord God, I have no pleasure in the death of the wicked; but that the wicked turn from his way and live: turn ye, turn ye from your evil ways; for why will you die, O house of Israel.” (Ezekiel 33:11). If we are lost, it will not be God’s fault. What more could he have done than what he did? Jesus came into the world to save us. His blood was shed for our sins. By His sacrifice, he made provisions for our life (heaven) and not death (hell). Still, it is up to each of us to choose. He is the author of eternal salvation to those who obey him (Hebrews 5:9). To obey is to choose heaven, to disobey is to choose hell. We know what God wants for us, but what do we want for ourselves?

We believe in hell because it is consistent with the Biblical concept of personal accountability. We “shall all stand before the judgment seat of Christ” (Romans 14:10). We will be judged based on the life we have lived. A record of everything we have done, good and evil, will be examined (Ecclesiastes 12:14). We are not held accountable for the deeds of others, but for our own (Ezekiel 18:20).

Our society desperately needs to be reminded of divine accountability. We live at a time when almost anything can be excused based on the notion that others are to be blamed.  No matter how outrageous the deed, society, or biology (our genes), poverty or something else is to blame. God is not fooled. The choice to do right or wrong is exclusively ours. We will not be able to blame others in judgment.

Hell is eternal. Jesus spoke of the unrighteous as going away into everlasting punishment (Matthew 25:46). Some argue that hell is just too long. Is it, they say, wrong to condemn a man eternally for a few years of disobedience on earth? That being true, it also could be argued that heaven is too long for a few years of obedience on this earth.

Hell is not only eternal, but it is eternal punishment. In the account of Christ’s second coming and judgment, those who do not know God and have not obeyed the gospel of Jesus will be punished with everlasting destruction (2 Thessalonians 1:9) It is a place that is to ugly, too horrible, too painful to fully comprehend. It is a place of weeping and gnashing of teeth (Matthew 8:12). The Muslim concept of hell is that of a place divided into seven stories or compartments, with each compartment offering a greater degree of suffering. According to their theology, he who is punished the most lightly of all will be shod with shoes on fire, the fervor of which will cause his skull to boil like a cauldron. Obviously, there is no basis for this concept in Scripture, but it does illustrate the lengths the human mind will go to seek to understand the nature of hell’s punishment.

Hell is a place of darkness. The unprofitable servant was cast into outer darkness (Matthew 25:3). Jude spoke of those for whom is reserved “the blackness of darkness forever.” (Jude 13). Peter said that the angels who sinned has been cast into hell and delivered “into chains of darkness.” (2 Peter 2:4).“God is light, and in him is no darkness at all” (1 John 1:5). James calls him the “father of lights, with whom is no variableness, neither shadow of turning.” (James 1:7).  Hell is a place where God is not. Such a place would have to be a place of darkness.

Some counter with the question, “How can there be fire without light?” Remember, all things with God are possible! Further, some would argue that fire is used in a metaphorical sense. Whether it be understood figuratively or literally is debatable, but one thing is for sure: No right-thinking mind would find it appealing.

Hell is a place of pain. It is, as we have already noted, a place of weeping and gnashing of teeth (Matthew 25:30). In hell there is no rest, no relief, and no hope.

Hell is a place of remorse. In the story of the rich man and Lazarus, the rich man, in torment, remembered his brothers and longed for one to warn them that they might escape the terrible fate of torment (Luke 16:19-31). Here, or course, we are dealing with the Hadean realm, but it offers a good indication of what gehenna will be like.  Hell will be a place of eternal regret.

We must not lose sight of the fact that Jesus Christ coming again. When he comes he will judge the world in righteousness. Every one of us will stand before him, and a verdict will be rendered. Will we hear him say, “Well done, good and faithful, enter into the joys of your Lord, “or will He sadly say, “Depart from me, ye cursed, into everlasting punishment, prepared for the devil and his angels?”

Heaven or hell – which will it be? Time will have ended! Eternity will have begun. Then it will be too late.

Message:
I just registered for the online class on 1 and 2 Samuel, as I
understand the classes are via Zoom, which is great, but I didn’t see
what the days for the classes are? How many times a week? Any
information would be appreciated,.
Thank you!

Are you a first-time GSOP student?
No 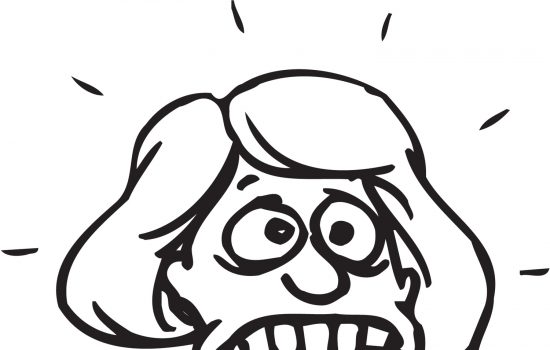 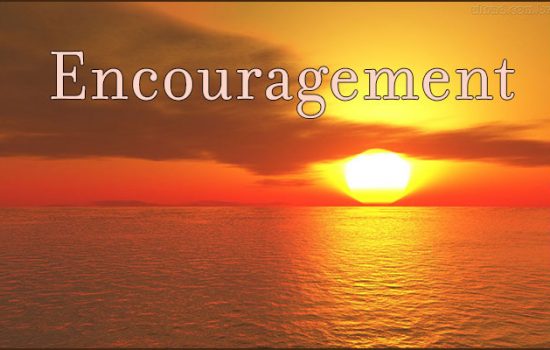