The church at Ephesus had lost her first love for the Lord and had fallen. Though they had done good and brought glory to the Lord in the past, their lack of love was shown clearly and “they weren’t what they once were.”

The church at Smyrna was the persecuted church, and they faced the danger of turning away from God during persecution. Many Christians today turn away from the Lord for lesser things and walk away from him. It may be because “church” isn’t what it is supposed to be in their minds; it may be because they are not receiving the needed attention they require. But when Christians face persecution, then you will see the faithful standing for what is right, even if it means death. BE FAITHFUL!

The church at Pergamos is the next on the list of churches to whom John wrote.

Notice how Jesus is described to this church. Jesus is described as the one who has the sharp two-edged sword, and in verse 16 it comes from his mouth. We know from Ephesians 6:17 that the Word of God is described as a sharp two-edged sword (see also Hebrews 4:12). One person said that the word of God “cuts deep and helps us to see ourselves as God sees us.” Was Jesus waging war against the church of Pergamos because of sin in the church or was he waging war against those who were persecuting the church by their idolatries and sin? Could it be both? Further, Jesus knew their works, and the fact that he knew what they were facing as they were in the area where Satan’s throne was.

Jesus mentions Antipas, a martyr whom died in Pergamos. The word Antipater is “against the father,” or in this context, “against the gods.” “Pergamos was known for its temples dedicated to Zeus, Minerva, Apollo, Venus, Bacchus, and Aesculapius.” (Foy E. Wallace, THE BOOK OF REVELATION, 1966, Foy E Wallace Publications Fort Worth, TX. p 92) Hence, “Satan’s throne” was there because of all the idolatry and sin that would have been associated with the worship of these false gods. Further associated with this area was the doctrine of Balaam and the Nicolaitans. The story of Balaam is found in Numbers 22-25, wherein he was called upon to curse the children of Israel by the king of Moab. Every time he opened his mouth to curse Israel, God sent blessings through him. Finally, in Numbers 25, due to his teaching, the children of Israel engaged in sexual immorality with the Moabites and sinned again God. The word “Nicolaitane” in the Greek is equivalent to Balaam in the Hebrew – and suggests the “destroyer of the people.” (Ibid p 93).

God is very serious about the sin of sexual immorality. He condemned such in Exodus 20:14. Go through Scripture and see how often sexuality immorality destroyed homes and nations. Included in this sin would be actual sexuality morality; it would also include looking at pornography (see Matthew 5:27-30). It has destroyed so many lives and families – and while Satan rejoices, God is saddened because of people’s sins. Sometimes the church has been too lenient and tolerant when it comes to this sin, hence the command to repent! Beloved, we must repent and stand against this because of the damage done to families and the church.

The solution to Pergamos’ problems? REPENTANCE. Repentance is a change of mind that results in a change of life. It is NOT just saying we are sorry for sin! Jesus is serious about this and expected the church there to repent. If not, he would come against them with the “sword of My mouth.” (Again, this is another proof that the sword is the word of God. He would punish them for their sin if they did not repent).

To those who did repent, he would give them hidden manna. (Remember, the children of Israel ate manna during the forty years wandering in the wilderness. Manna was their sustenance and caused them to live during that time. The word of God is what causes us to thrive spiritually  if we will but eat it and apply it to our spiritual lives.)

The “white stone” is something that many commentators struggle with understanding, and some suggest it MIGHT mean justification to those who overcame. The idea has four possible points – a man tried and acquitted of the crime, a slave that had been set free and given citizenship, the winner of a race or contest that suggests overcoming opposition; or a warrior returning from battle over an enemy. (Ray Summers, Worthy is the Lamb, Broadman Press, Nashville, TN cd 1951 p 116). The “new name” is also something commentators struggle with, as Christians received a new name when we obeyed the gospel (see Acts 11:26).

As we close our look at Pergamos, let us understand we are living in a world that is becoming increasingly secular, and many are turning away from the faith. Every day we are bombarded by sin; we first laugh at it, then accept it, then engage in it. Sexual immorality was prevalent then; now we can see it and access it at home on our television or other devices. As the church at Pergamos had to deal with these things, we must realize that we will as well. Will we stay faithful to the Lord? Will we make sure that we will not engage in sin? Will we remain faithful to the Lord even in the face of persecution? Some may say “it will never happen here in America,” but if we open our eyes, it is happening now! Will we encourage our children to stand for the faith, or will we continue to lose them to the world? Do we allow them to see things that are an affront to God’s holiness?

What would Jesus say about the church here at South Cobb? May we all be honest, repent of our sins, and rededicate ourselves to him!

In His Service, Tommy 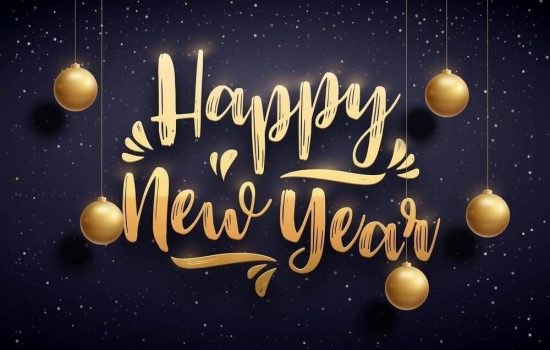