He was the light, yet He hung in darkness on the cross.

He was the Life, yet he poured out His soul unto death.

He was the Rock of Ages, yet his feet sank into the deep waters.

He was the Son of God, yet he died a felon’s death.

He knew no sin, yet he took our place and suffered in our stead.

He invited the weary to come to Him for rest, yet on earth He could find none for Himself.

He was the Mighty God, yet He became a servant.

He spoke, and it was done; yet He humbled Himself and became obedient unto death.

He was the Desire of All Nations, yet He was despised and rejected.

He was the Fountain of Life, yet upon the cross He cried, “I thirst.”

He experienced death, yet through his resurrection He brings us life full and eternal.

These are mysteries the world calls nonsense. But to those with eyes of faith, it is truth incarnate; God’s expression of His love for us. “But a natural man does not accept the things of the Spirit of God; for they are foolishness to him, and he cannot understand them, because they are spiritually appraised. But he who is spiritual appraises all things, yet he himself is appraised by no man. For who has known the mind of the Lord, that he should instruct Him? But we have the mind of Christ!” (I Corinthians 3:14-16)

In the final analysis, it boils down to one question for you and me as Christians. Is Jesus Christ in truth the Lord of your life? Of my life? You see, a central principle of a conquering Christianity is: Jesus Christ is Lord. Through the centuries Christians have suffered, bled and died, spurned onward by that affirmation. He is Lord.

Regardless of humanity’s response, he is still Lord. Every person on this earth will one day crown him Lord of all (Philippians 2:10). He is Lord whether we accept his lordship or not. So the question is not, “Is He Lord?” but “Is He MY Lord?”

It is not enough to call him Lord. He will never be satisfied with being called His divine titles until you and I express through our lives every day that “Jesus Christ is MY Lord.” There is a tendency in our age toward a casual, comfort seeking brand of Christianity – a Christianity without the cross, a “line of least resistance faith.” This unorganized indifference within the ranks of the church is far more destructive to the work of the Lord than all the organized forces of iniquity assailing from the outside. There is an antidote: commitment which results in obedience.

There is power available to us. The dynamic that moved the church in apostolic days has not been withdrawn. Christ is with us! Our God is alive and able. Yes, the struggle between flesh and spirit, complacency and obedience are real. But so is the Lordship of Christ in whom we find strength for victory, if we possess that seeking heart. As God works in your life and mine, he brings us to a deeper level of commitment.

Seize upon this truth: commitment to Jesus Christ means the commitment of my total person. A central truth is that we no longer belong to ourselves. Paul asked, “Or do you not know that your body is the temple of the holy Spirit who is in you, whom you have from God, and you are not your own.” (1 Corinthians 6:19).

If Jesus is actually Lord of your life, I do not believe you can sit without serving him in one form or fashion. He has called us, He has saved us, He has equipped us, He has given us everything we have.  One question then, “Is He your Lord?”

THE MAN WHO OBEYED

Jesus’ obedience to the will of His Father in heaven was absolute and total. When we look at the crucified Savior, we are looking at obedience such as no man has ever come close to achieving.

Because we know the story, some Christians, sadly, are apt to think his obedience was easy. “Well,” they reason, “he knew in advance that he would arise victorious from the grave, even while He was plunging ever deeper into the depths of agony. He knew he was walking a road that would ultimately lead to glory.” Thus, they tend to discount the reality of his suffering. But if suffering was necessary in order that Jesus might become the Perfect Savior, then we must acknowledge the reality of that suffering.

He was always the Perfect Son of the Perfect God, but He became the Perfect Savior only through suffering. So, as we observe the perfectly obedient Savior giving Himself totally for the sins of man, we are, ourselves, called to obedience.  No single factor has held this hate and war torn world of ours together more than the efforts of Christians everywhere to live as Christ would have us live.

At Gethsemane He prayed that the cup might pass. When it could not, He uttered the prayer that has made Gethsemane the world’s shrine, “. . . not as I will, but as thou wilt . . . “ (Matthew 26:39). Thus was the victory won, for Him and for us.

We lost the culture war. Here’s our next step.
categories: Uncategorized 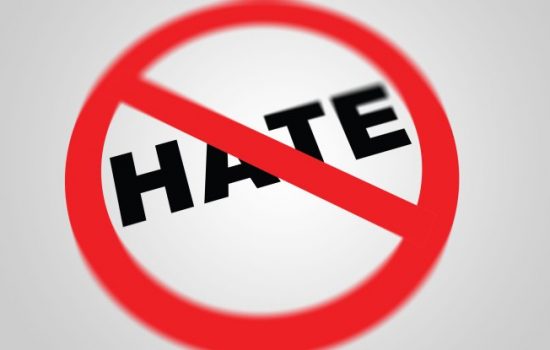 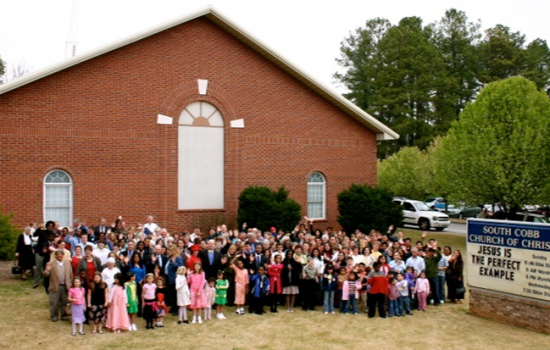 JESUS IS COMING TO CHURCH NEXT SUNDAY!
categories: Uncategorized 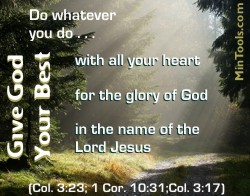 ARE WE GIVING OUR VERY BEST TO GOD?
categories: Uncategorized 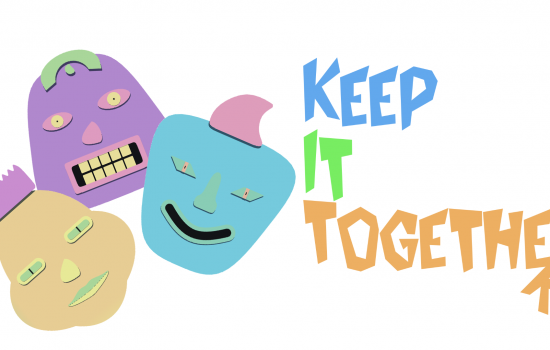