Sin separates man from God.  This gulf cannot be bridged by man’s own efforts.  It is the “grace of God that bringeth salvation” (Titus 2:11), and the “precious blood of Christ” (I Peter 1:19) that procures redemption for man’s sin sick soul.

In the appropriation of the provisions of grace, man’s role is active, not passive.  The hearing of a good heart produces faith, for “Faith cometh by hearing and hearing by the Word of God” (Romans 10:17). Saving faith is obedient faith.  Thus, Paul speaks of the “work of faith” ( I Thessalonians 1:3), “faith which worketh by love” (Galatians 5:6), and the “obedience of faith” (Romans 16:26).

Three times in the same text, James described faith only or faith apart from works as “dead” (James 2:14-26). Saving faith does not argue with God over the essentiality of divinely ordained conditions for appropriating the gifts of grace to one’s soul. Bible faith does sit in judgment on what God says by use of human reasoning.  Obedient faith does not exalt human feelings, personal experiences, what some respected preacher says or some long standing practice above what the Bible teaches.  Submissive faith does not insist on having its own way.

The Hebrew writer describes the responsive, yielding nature of faith to the will of God. Abel’s faith offered the sacrifice that God demanded (Hebrews 11:4).  Enoch’s faith walked with God in harmony with his will (Hebrews 11:5).  Noah’s faith built the ark just like God instructed (Hebrews 11:7).  Abraham’s faith pitched its tent toward Canaan as God commanded (Hebrews 11:8).  Israel’s faith marched through the Red Sea and around the walls of Jericho just as God directed (Hebrews 11:29-30).

Unlike those of whom Jesus spoke who “trusted in themselves” (Luke 18:9), the trust of these ancients was in God and his grace.  For instance, the trust of Abel’s faith was in God and not in the sacrifice itself nor in his obedience in the offering thereof.  Likewise, when a man expresses his faith by complying with the conditions of the gospel, his trust is in God, grace and blood and not in himself and his own act of obedience.  “Trust in the Lord with all thine heart, and lean not unto thine own understanding” (Proverbs 3:5)

Confessing Jesus as God’s Son is an essential act of gospel obedience. Paul said, “with the mouth confession is made unto salvation” (Romans 10:10). Prior to his baptism the eunuch confessed “I believe that Jesus Christ is the Son of God” (Acts 8:37).  Regarding Jesus, the “chief rulers also believed on him,” however, their faith was not an obedient faith because “they did not confess him” (John 12:42).

Obviously, repentance and confession involve human effort.  In these actions of faith man is doing something.  He is working.  James said, “I will show thee my faith by my works” (James 2:18). The Ninevites expressed their faith in works of penitence, thus God “saw their works” (Jonah 3:10).

Clearly, repentance and confession are works, but what “kind” of works?  Are they works of merit that nullify grace and make God a debtor? (Romans 4:4).  Do they belong to the “law of works” (Romans 3:27) that substitutes self for God as the object of trust and leads to boasting (Ephesians 2:9) and self-righteousness? (Luke 18:9-12) God forbid! They are works of faith, that belong to the “law of faith” (Roans 3:27), in cooperation with divine grace.  Repentance and confession constitute faith at work; faith appealing to God for salvation through grace and blood.

Repentance and confession are inherent actions in the “obedience of faith.”  The trust of this obedient faith is not in these specific actions of faith.  The sole object of trust is God and God alone.  In the obedience of faith, man appropriates the provisions of grace to his undeserving soul.

Salvation by grace through blood appropriated to one’s soul in the obedience of faith includes baptism. Jesus joined baptism with faith as a part of gospel obedience essential to salvation (Mark 16:16). Jesus put water in the new birth and man has been trying to remove it ever since (I John 3:5). Peter joined repentance and baptism and declared both to be “for the remission of sins” (Acts 2:38). Preaching Christ involves baptism in water (Acts 8:35-36).

As a penitent believer, Saul was instructed to “arise and be baptized and wash away thy sins” (Acts 22:16). Baptism is an integral part of the salvation process (I Peter 3:21). Salvation is in Christ and “as many of you as have been baptized into Christ have put on Christ” (Galatians 3:27). Jesus shed his blood in his death (John 19:34) and Paul specified baptism as the consummating act of gospel obedience that puts man in the death of Christ so as to be cleansed by his blood (Romans 6:3-4). Newness of life and freedom from sin by grace and blood comes after one has been baptized into Christ, not before (Romans 6:3-7).

There is not a single verse in the New Testament in which baptism and salvation are both mentioned, where salvation comes before baptism.  In every example of conversion in the book of Acts, those deserving salvation were baptized immediately.  Thus, we read of baptisms “that same day” (Acts 2:36-41); on a deserted road (Acts 8:26-40); on Saturday (Acts 16:13-16); and at midnight (Acts 16:25-34).

Is baptism a work of merit that nullifies grace and transforms salvation as a gift into a divine debt? God forbid! Baptism is an act of faith that appeals to God’s grace and the blood of Christ for salvation.  Baptism is faith at work; faith complying with God’s instructions; faith entreating God for salvation through grace and blood.

Biblical baptism is irrevocably tied to the cross of Christ.  It is a symbolic reenactment of the death, burial and resurrection of Christ (Romans 6:3-5) which is the very heart of the gospel (I Corinthians 15:1-4).  Baptism is an integral part of the obedience of faith whereby man appropriates to his soul the provisions of divine grace.

Water baptism for the remission of sin is an integral part of the obedience of faith. However, various religious groups are eager to file baptism under the “law of works” (Romans 3:27) that eliminates grace and nullifies blood, instead of the “law of faith” (3:37) that cooperates with grace and relies on blood.  Thus, they regard baptism as a meritorious work that leads to boasting; a work that attempts to earn salvation as payment for a debt instead of receiving salvation as a gift of grace.

However, in striking irony, many of these same groups require baptism as an essential prerequisite for membership in their church. Thus, they consider baptism as non-essential for salvation, yet essential for affiliation with their particular denomination.  By such actions, according to their own philosophy, they have placed their church under the “law of works,” and have thereby negated both grace and blood.

Moreover, a crucial distinction is drawn between the before and after events of salvation.  Any work or human effort prior to salvation is viewed as meritorious in nature and thus, and attempt to nullify grace, blood and place God in man’s debt.  Man is encouraged to accept salvation by faith alone.

However, subsequent to salvation, the saved person is called upon to lay aside his “faith only” and clothe himself in “obedient faith.” He is impressed with the necessity of giving, attending, sharing his faith and a host of other good works.  Such a position fails to recognize that divine grace and blood are just as essential and operative after salvation as before, and that if any work or human effort prior to salvation nullifies grace and blood, then the same obtains subsequent to salvation.

Consistency would demand that advocates of salvation by “faith alone” implore their followers to desist all their religious activities.  Stop attending, giving, sharing and helping.  Cease your efforts to make void the grace of God.  The truth is, only by the “obedience of faith” can one enter the rich storehouse of divine grace. 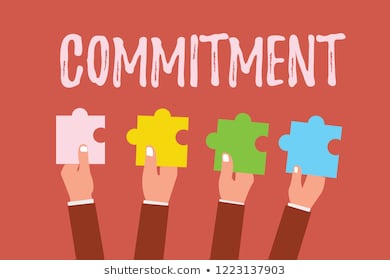 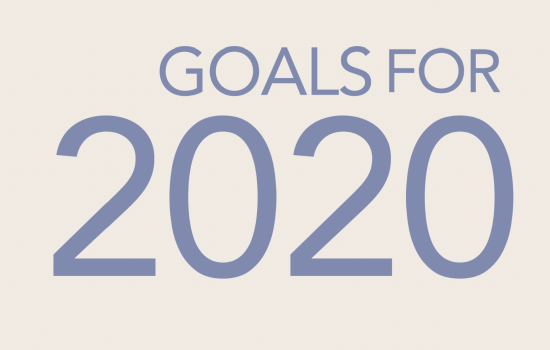 7 WAYS TO ACCOMPLISH YOUR GOALS IN 2020
categories: Uncategorized 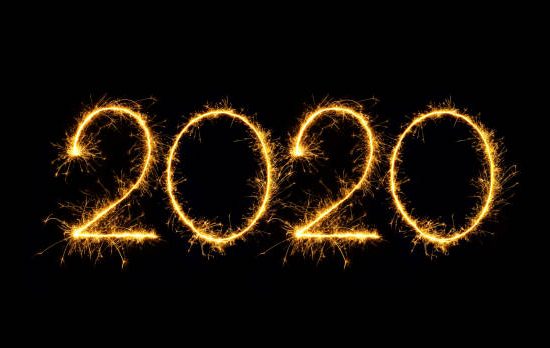 10 WAYS TO MAKE EVERY DAY IN 2020 BETTER
categories: Uncategorized