(See the previous bulletin for the first 3 articles in this series on Grace — Tommy).

Grace is not a lifeless attribute of Deity. God’s grace is active, perpetually manifesting itself to man in countless ways. The wardrobe of grace is variegated and is as vast as eternity.  Man’s very existence is irrevocably attached to grace. The very nature of grace stamps man as an eternal debtor.  However, the reception is contingent on the employment of man’s faith.

God told Joshua that he was going to “give” the land of Canaan to Israel (Joshua 1:2). Yet many years of work and fighting awaited the nation before they could possess the promised land. Did such labor on their part nullify God’s grace? Did their work transform God’s gift into a divine debt? Conversely, did grace rescind the necessity of their obedience? Most definitely not. Israel’s obedience of faith enabled God to manifest grace in the gift of Canaan.

So certain was Jericho to be a gift of God to Israel that God spoke in the past tense, saying, “I have given into thine hand Jericho, and the king thereof, and the mighty men of valor.”

(Joshua 6:2). This statement was made before the city actually fell into the hands of the Israel.  However, to receive this gift of grace, Israel had to obey God’s command to walk around the city thirteen times, blow the trumpets and shout (Joshua 6:3-5). Their trust was in God and not their own efforts. James says, “show me thy faith” (James 2:19). That’s exactly what Israel did. When God saw their obedience of faith, he responded by expressing his grace in the gift of Jericho.

There is a vast difference in conditions that appropriate God’s gift of grace and actions that attempt to merit what God does for men. The thing that prevents an action on man’s part in obedience to God’s will from being a meritorious act is the “object” of one’s trust. Trust in self and human effort nullifies grace and fosters arrogance, boasting and self-righteousness. However, in the “obedience of faith” (Romans 16:26), man’s trust is in God and grace. Submitting to God while relying on God enables man to enjoy the rich provisions of grace.

Naaman was a leper. He was instructed by Elisha the prophet to dip seven times in the river Jordan.  When he complied with the specified condition, “his flesh came again like unto the flesh of a little child, and he was clean” (2 Kings 5:14). Was it not essential for Naaman to submit to the prophet’s instruction in order to be healed of his leprosy? Did not Naaman’s obedience involve human effort? Was the power to heal in the water of Jordan? Did Naaman’s obedience of faith repeal God’s grace and transform his gift of healing into human merit?

Initially, Naaman refused to comply with God’s instructions through the prophet. His refusal left him a leper. Of course, he had to obey God. He was not healed until his faith became visible in action.  “Show me thy faith,” (James 2:18). The water of Jordan was impotent as far as Naaman’s leprosy was concerned. The power to heal was God’s alone. In his obedience of faith, Naaman was not attempting to nullify grace, he was cooperating with grace. His trust for healing was not in Jordan, nor his dipping therein, though both were necessary. His trust was in God, his grace and his power to heal. However, it was Naaman’s obedient faith that enabled him to appropriate the blessings of God’s grace and power to his disease-ridden body.

It is imperative that we discern the difference between works of merit and works of faith. Works of merit has man trusting in himself and his own efforts. Such an attitude nullifies grace and leads to self-righteousness. The Pharisees of Luke 18:10-12 is a classic example. It was this very kind of works that Paul had in mind when he said, “Now to him that works is the reward not reckoned of grace, but of debt.” (Romans 4:4); and again, “not of works, lest any man should boast,” (Ephesians 2:9).

Conversely, works of faith has man trusting in God, his grace and the provisions thereof in Christ and the cross. Though acknowledging the necessity of submitting to such divinely ordained works, man’s trust is not in himself, not his performance thereof. God is the sole object of his trust. These are the works of James 2:14-26. The various Bible examples throughout this series are illustrative of this very principle.

If man is ever to be saved it will be by the grace of God. Salvation by human effort and merit is unthinkable. Apart from grace, the presence of just one sin in a man’s life forever seal his doom. In the salvation process, man must look to God and his grace, not to himself.

However, salvation by unmerited favor does not reduce man to a passive object of irresistible grace.  Peter said, “Save yourselves from this crooked generation” (Acts 2:40). Paul declares, “Work out your own salvation with fear and trembling” (Philippians 2:12). How? By cooperating with God’s grace in the “obedience of faith.” (Romans 16:26).

The first step in man’s response to God’s grace involves “hearing,” for “how shall they believe in him of whom they have not heard” (Romans 10:14). Hearing is so important that Jesus said to take heed “what you hear” (Mark 4:24), and “how” ye hear (Luke 8:18). Hearing properly performed is work. Real hearing embraces both the physical ear and the mental ear. Man must hear with his mind as well as with his ear. While listening to a speech or sermon that requires concentration, the mind often attempts to take excursions into less demanding areas. Jesus described some as having heard, yet failed to hear (Matthew 13:13).

Real hearing is a very demanding process. The information heard or read must be assimilated and meditated upon. The noble Bereans heard Paul preach and “received the word with all readiness and searched the Scriptures daily to find out whether these things were so.” (Acts 17:12).

Though hearing involves human effort, it is not a work of merit that annuls grace and places God in man’s debt (Romans 4:4). The very gospel that is heard directs man’s faith and trust toward God, his grace and the provisions for salvation through Christ and his blood. Therefore, the direction of man’s faith and trust is upward, not inward.”Frank Chesser

For several years many have overlooked the older brother in Jesus’ parable of The Prodigal Son.  This parable in which every word is necessary tells of the love and forgiveness of a younger son who demanded his inheritance so he could leave home and be in charge of his life away from his father and family. The older son rebelled when his brother returned home broken and penniless and prepared to be just a servant in his father’s house.  He refused to go in and he reprimanded his father for not giving him a party even though he had been at home and faithful to his duties.  On closer examination we see that he too was rebellious; not enjoying his home and actually showing a lack of love for all his blessings.  This son represents so many who are God’s children whose heart is not in serving God and love for the family of God is lacking.  They have left their first love (Revelation 2:4-5).  We must repent and turn to our first love to serve, please, and glorify our Father.  Our salvation depends on it.

FEEL LIKE NO ONE KNOWS YOUR NAME?
categories: Uncategorized

HOW CAN YOU HAVE A HAPPY FAMILY?
categories: Uncategorized 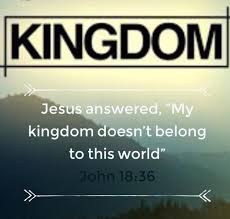 Kingdom of Christ or The World?
categories: Uncategorized 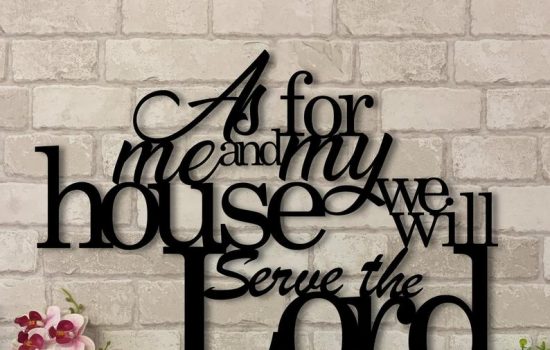