Life apart from grace is fantasy, not reality. Man’s very existence depends upon divine grace.  A portrait encompassing every good thing on earth is a portrait of grace. Incessantly, God exhibits his grace toward man by giving him “rain from heaven and fruitful seasons, filling our hearts with good and gladness.” (Acts 13:17).

However, man must cooperate with God in order to benefit from the rich provisions of grace. This principle embraces both physical and spiritual matters. For instance, physical sustenance is a gift of grace. And yet, a tremendous amount of human effort must be exerted by the farmer in order to receive this gift. The consumer must then match the farmer’s effort with sufficient work to accumulate the funds necessary to purchase the food. Does man’s work cancel God’s grace? God forbid. Apart from God and grace, all of man’s efforts would be in vain. Thus, we still pray, “Give us this day our daily bread.” (Matthew 6:11).

Relative to spiritual matters, grace is the basis of man’s acceptability with God. If all the good works of all the people of all ages could be compressed into the life of one person, that person could not merit God’s favor. However, grace does not exclude the “obedience of faith.” (Romans 16:26). God cannot manifest grace in saving those who are living in open defiance of his will in hot pursuit of sin. Such action would negate his holiness and justice. Persistent sin calls for divine wrath, not grace. Thus, the “wrath of God is revealed from heaven against all ungodliness and unrighteousness of men.” (Romans 1:18).

God wants, “all men to be saved.” (2 Timothy 2:4). He is not “willing that any should perish, but that all should come to repentance.” (2 Peter 3:9). Consequently, the “grace of God that bringeth salvation hath appeared to all men.” (Titus 2:11). But if man is to enjoy the privileges of grace, he must cooperate with God in the obedience of faith. It would be inconsistent with God’s very nature to save those who refuse to submit to his will in obedient faith.

James pointed to God as the source of all good things (James 1:17). Every good thing that man enjoyed is a gift from God and a manifestation of his grace. God is not in debt to man. God does not owe man anything. If a man could live a million years, he could never perform enough good deeds to place God in his debt. Whatever God does for man is based on grace, not merit.

However, the appropriation of grace is dependent upon the obedience of faith. God wanted to pour out his grace upon the world of Noah’s day. But he was unable to because he “saw that the wickedness of man was great in the earth, and that every imagination of the thoughts of his heart was only evil continually.” (Genesis 6:5). “But Noah found grace in the eyes of the Lord” (Genesis 6:8). Why? Because Noah was “a just man and upright in his generations, and Noah walked with God” (Genesis 6:9). Did Noah’s obedient faith nullify God’s grace and transform his gift of salvation from the flood into human merit? God forbid.

God instructed Noah to build an ark. Was not the construction of the ark as essential act of obedience in the salvation of Noah and his family? “By faith, Noah, being warned of God of things not seen as yet, moved with fear, prepared an ark to the saving of his house.” (Hebrews 11:7). Noah listened attentively to God’s instructions and “according to all that God commanded him, so did he.” (Genesis 6:22).

Noah cooperated with God by responding to his will in obedient faith. He was characterized by the “work of faith” (1 Thessalonians 1:34). He possessed a “faith which worketh by love.” (Galatians 5:6). Noah did not trust in the ark or his construction thereof for his salvation. He did not rely upon his own efforts. His trust was in God and his grace. Yet he knew that his salvation by God’s grace could not be a reality apart from his obedience of faith. It is futile to plead for the display of grace apart from the exercise of faith. “And why call ye me, Lord, Lord and do not things which I say?” (Luke 6:46).

Grace is unmerited favor divinely bestowed upon sinful humanity.  Man does not deserve one good thing God does for him. In spite of all the good deeds that he might perform, the term “unprofitable”(Mt. 25:30) is irrevocably attached to every man’s name. However, God has always demanded a response from man in cooperating with his grace. Paul describes this response as the “obedience of faith.”

When God foretold the judgment to befall Egypt in the death of the firstborn, his announcement was tempered with grace. He promised to spare the firstborn in every house where the blood of the lamb had been applied to the doorpost (Exodus 12:13). Israel’s obedience was essential, but it did not earn them the favor of God in the sparing of their firstborn. This submission to God, though necessary, was not the object of their trust. The object of their faith, hope, and trust for the salvation of their children was God and His grace. It was, however, their obedience of faith that enabled them to appropriate the provisions of grace to their house.

While wandering in the wilderness, Israel was plagued with serpents as punishment for their expressions of discontent (Numbers 21:4-6). Having acknowledged their sin, God instructed Moses to make a serpent of brass and commanded the afflicted to look thereon for deliverance. (Numbers 21:8). Was the power to heal in the brass serpent? Was looking upon the serpent an essential part of the healing process? Was it not necessary for those bitten to express their faith by complying with the condition that God had given? Did their obedience of faith cancel God’s grace and convert their gift of healing into human merit?

The power to heal, save, and bless belongs to God and the display thereof constitutes grace in action. Man’s obedient faith is God’s means of enabling man to benefit from the overwhelming provisions of grace. Faith’s trust is in divine grace, not human action. Though the obedience of faith is indispensable to man’s participation in the blessings of grace, man’s trust must ever remain firmly riveted in God and not in man’s acts of obedience.

(Frank Chesser Dasher Church of Christ; 1-3 in a series of 10 articles – MORE TO COME)

MY “TAILOR MADE” GOD

In your Bible reading, do you ever come across something that doesn’t fit into your theology? The margins of my daily reading Bible are full of my comments, references, and a few question marks. The question marks mean that I don’t know God as well as I need to. They say, “Your theology (understanding of God) is too small.” I wonder if we too often pick and choose passages to support our idea of how we want God to be…and ignore others.

One of the passages that became popular (used as a basis of articles, books, and sermons) is Jeremiah 29:11, “‘For I know the plans I have for you’ declares the Lord; ‘plans to prosper you and not to harm you, plans to give you hope and a future.’”

The same God gave this message to the prophet (Jer. 21:10), “I have determined to do this city (its inhabitants) harm and not good, declares the Lord …”

In the New Testament we find “God is love” and we also find “our God is a consuming fire.” Now which one is it? Do I base my theology on one and ignore the other?

Most people do. And they have an idol — their own tailor-made god. Of course, the correct answer is “It’s neither one; it’s both.” God has two primary characteristics: love and righteousness. One accounts for God’s goodness (kindness, mercy and grace) toward man and the other, His severity (justice, vengeance and punishment).

The same God that sent the flood to destroy mankind sent His Son to save mankind. The cross demonstrates both His love and His righteousness. It’s no small matter to have an inaccurate understanding of God. It all begins right here: “Thou shall have no other gods before me” (Ex. 20:3). No other god. Not one you create with your hands, nor one you create with your mind. 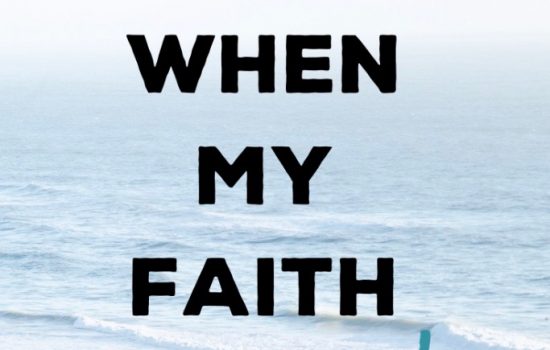 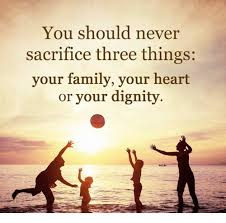 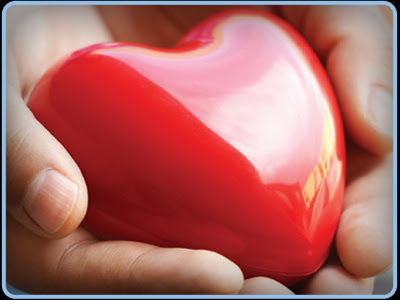