The religious leaders in the first century left much to be desired in their lives, but shortly after the church was established, they asked a question which I wish the world today would ask. Christianity was new, and the apostles called upon men to forsake their religious heritage and become part of the amazing kingdom Jesus was establishing. The Jewish council arrested the apostles and put them on trial.

The question they asked was, “By what power or what name have you done this” (Acts 4:7)? The heart of the matter was authority. There was a major division between the two major “denominations” over the resurrection. The Pharisees believed there was to be a resurrection of the dead, but the Sadducees adamantly opposed that teaching (Acts 23:8). When they questioned Jesus about this, he pointed them to the authority they both honored—the Old Testament. That was the way religious divisions were to be removed and believers in God were to become one. He said, “You are mistaken not knowing the Scriptures…Have you not read what was spoken to you by God…” (Matt. 22:29-31)?

When two individuals recognize a common authority, there will be unity, provided that language of the authority is clearly understandable. Watches around the world all have exactly the same time for they all recognize the time kept by the Royal Observatory in Greenwich, London. A common authority clearly stating truth in a way the world can understand it results in complete unity.

This is why the question, “By what authority have you done this,” is so vital. The council and the apostles knew how plainly God had spoken about not adding to or taking from the Old Testament. Moses had said, “Whatever I command you, be careful to observe it; you shall not add to it nor take away from it” (Deut. 12:32). The council saw that the apostles were changing what God had given and simply asked what right did any man have to change it. The apostles gave two proofs. First, there was the lame man who had been cured in a way that only God could do it. The miracle was the proof of the authority for the changes they were making.

The second reason came when the apostle quoted from the common authority all recognized. It was the Old Testament in which God foretold a change was coming. They simply asked the Jews to listen to Psalm 122:18. That their usage of this passage was right was confirmed when Jesus used the same passage in the same way (Matt. 21:42). A common authority, clearly stated, brings religious unity.

Respect Toward the Word of God

The comments made by those who visit our services are so important. One visitor said, “I’ve been to many churches and they talk about the Bible; at this church you let the Bible talk to you.” Our goal is to simply open the Bible and let the message of this amazing book guide us in every aspect of our lives. There is a reason why our classes and sermons are different. We truly want to have the same attitude toward the Bible that Jesus had. Take a moment and think about Jesus and His respect for the word of God. We must have that same respect.

We believe the Bible because Jesus believed that every single letter of every word was given by God and not one letter has been lost. Sometimes we might think that since so many years have passed that we can have no assurance parts of it have not been lost. Think about this. The smallest letter in the Hebrew alphabet is a jot, and Jesus said not a single one of them had been lost (Matt. 5:18). He gave us His words in the New Testament and promised that every word He spoke would abide till the end of time (Matt. 24:35). He believed the eternal nature of the Bible and so must we.

We believe the Bible because Jesus said it would be the basis of the judgment of our lives at the end. How do you decide how to live? What guide do you have about how to live on this earth? Listen to the words of Jesus. “He who rejects Me and does not receive My words has that which judges him—the word that I have spoken will judge him in the last day” (John 12:48).  Looking at nature can let us know God exists, but it cannot reveal how He wants us to live (Psa. 19:1-2). He has revealed Himself to us and given us His eternal word to be our guide.

By Whose Authority? Does any Man Change it?

In the last article we noticed the impact of the question the Jewish council asked the apostles in Acts 4. “By what power or what name have you done this?” They understood that religious acts could not be done without God’s authority. Today we make application of this question by asking several questions.

(1) The Lord commanded observing the Lord’s Supper—do this in remembrance of Me.

(2) The Lord’s supper was given as the primary reason the church assembled on the first day of the week—it was even placed above the preaching of Paul (Acts 20:7). Paul also shows in 1 Cor. 11:29-33 that the first century church came together to eat the Lord’s supper, and the Greek and later translations show they came together every Sunday (1 Cor. 16:2).

Now here is the question. Jesus put the weekly Lord’s supper in the church. By whose authority or in what name have denominations changed it? Think about this!

Here is the question. Jesus, the One who has all authority, taught that every nation should be baptized (Matt. 28:19), and the Bible shows that baptism was a complete immersion in water. By whose authority or in what name have denominations changed this? Think about it!

Baptism Essential to Be Saved

Now here is the question. The One who has all authority revealed that for one to be saved he must be baptized. By whose authority have frail humans changed this and substituted a sinner’s prayer in its place? Think about this!

Take this principle and apply it to every doctrine which separates one religious’ body from another. When the church was established, there were no denominations for they all taught what Jesus taught (1 Cor. 1:10; 4:17). Denominations would cease to exist if they dealt with this question. Jesus taught only one doctrine, and there was unity. By whose authority have mortals changed His teachings. Think about it!

OUR ADVERSARY THE DEVIL
categories: Uncategorized 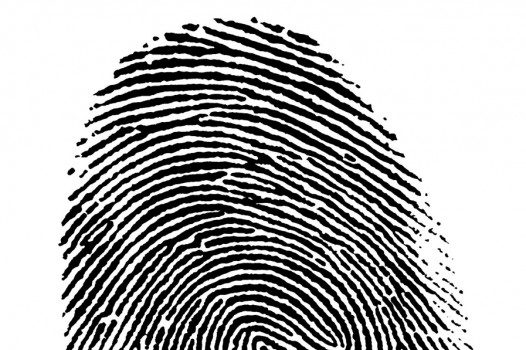 Marks of the Master
categories: Uncategorized

BIBLE AUTHORITY – IS IT SUBJECTIVE OR OBJECTIVE?
categories: Uncategorized

By Whose Authority
categories: Uncategorized